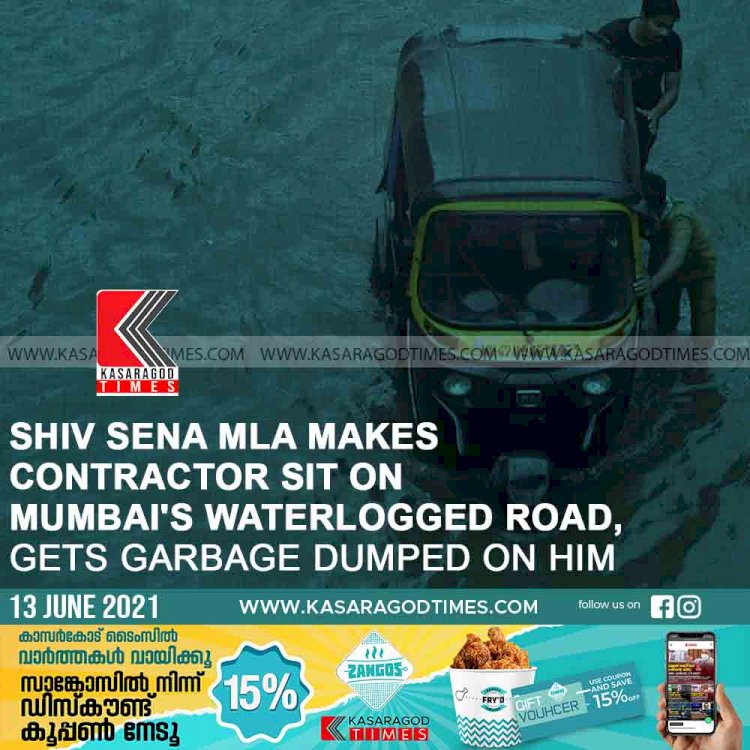 MUMBAI: In a shocking incident, a Shiv Sena MLA forced a civic contractor to sit on a waterlogged road in Mumbai on Saturday and asked workers to dump garbage on him for allegedly not getting the drains cleaned properly.

Shiv Sena MLA from Chandivali, Dilip Lande said he did this because the contractor "did not do his job properly," which led to clogging of the drains and waterlogging.

"I had been calling up the contractor for the last 15 days requesting him to clear the road. He never did that. Shiv Sena people were themselves working on it. When he came to know, he rushed there. I told him that it is his responsibility and he should do it," MLA Dilip Lande told ANI.

The incident took place on Saturday.

On Friday, the Mayor of Mumbai Kishori Kishor Pednekar had notified that strict action would be taken against those who are found dumping garbage in the drains and gutters. She said so keeping in view the blockage of 'nallas', meant for drainage of rainwater.

Navi Mumbai Municipal Corporation (NMC) administration had also been instructed to create more awareness about the same and the use of CCTV cameras to monitor defaulters has also been proposed.

Citing the reason for strictness, Pednekar had said, "In the nallahs carrying rainwater, it is observed that plastic, goods, garbage etc. are being dumped in many places, which hinders the flow of rainwater. As a result, the citizens of the area are suffering due to flooding."

Mumbai had been lashed with heavy rains over the past few days leading to flooding and waterlogging in parts of the city. The India Meteorological Department also downgraded its "red alert" warning of "extremely heavy" rain to an orange alert of heavy or very heavy rain. Traffic jams for hours, waterlogging on streets brought life to a standstill in th city

No more weekend curfew in Karnataka, malls to open from...

CM MK Stalin announces extension of full lockdown for another...