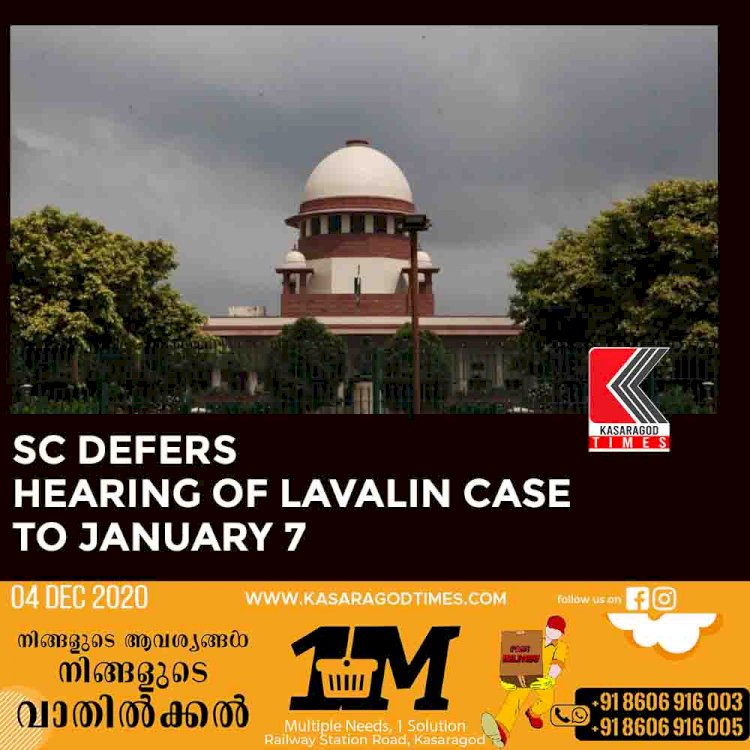 New Delhi(www.kasaragodtimes.com 04.12.2020): The supreme court deferred hearing of the SNC Lavalin case to January 7 and allotted a week's time for the CBI to submit additional documents related to the case.

Solicitor General Tushar Mehta who appeared for the CBI informed the top court as soon as Lavalin case was considered that he is willing to start the argument. However, he also said that the case requires a detailed hearing.

The Solicitor General added that he has to appear for another case in the afternoon. Following this, the bench headed by Justice U U Lalit postponed the case to January 7. The court directed to list the case as the last one scheduled for January 7 as it requires detailed hearing.

Senior advocate R Basant who appeared for Kasturi Ranga Iyer pointed out that the CBI did not submit any additional files till date even after they claimed that they would. Following this, the court directed the CBI to submit the files within 7 days, if any.

COVID-19 vaccination drive will begin as soon as scientists give nod: PM Modi

Covid crisis in India a warning of possible events in other...

Covid vaccination for all above 18: Government to open...

New Zealand Stops Entry Of Travellers From India Amid Covid...

Mega vaccination may be interrupted today in most districts...