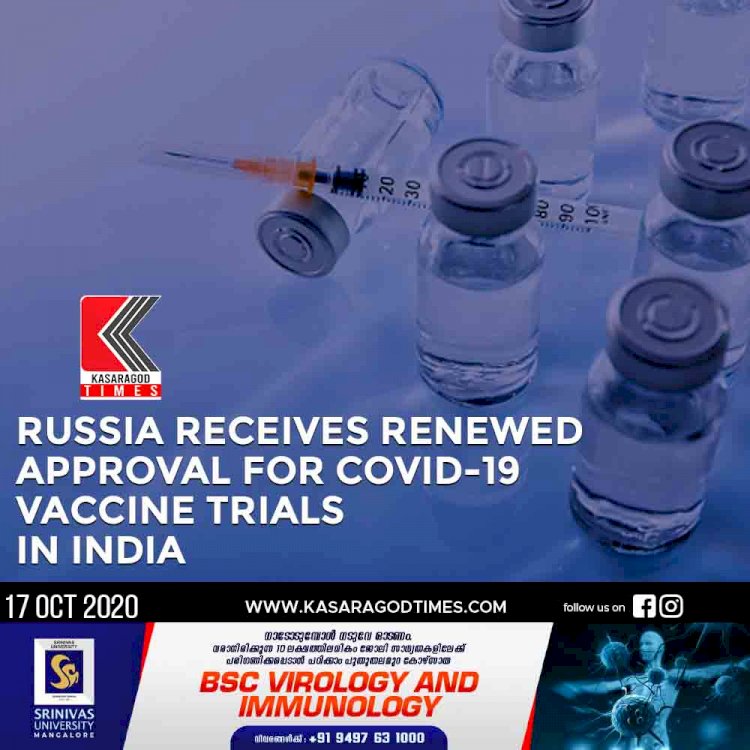 Large-scale trials of the Sputnik V vaccine in India were first announced and then knocked back by Indian regulators, who said the scale of Phase I and II trials conducted in Russia earlier this year was too small, requesting that they be repeated.

Following a new agreement, India will now carry out an adaptive phase II and III human clinical trial involving 1,500 participants, RDIF, which is marketing the vaccine abroad, said on Saturday. Under the deal, Dr Reddy's will conduct the clinical trials and, subject to approval, distribute the finished vaccine in India. RDIF will supply 100 million doses to Dr Reddy's.

Russia, the first country to grant regulatory approval for a novel coronavirus vaccine, is also conducting Phase III trials of Sputnik V in Belarus, Venezuela and the United Arab Emirates. RDIF has reached agreements with Indian manufacturers to produce 300 million doses of the shot.

A Phase III trial involving 40,000 participants is currently underway in Moscow, with 16,000 people having already received the first dose of the two-shot vaccine.

Interim results are expected to be published in early November.

Indian regulators have agreed to incorporate data, provided by Russia on a weekly basis, from the Moscow trial, a source close to the deal told Reuters.Russia has also reached an agreement with the biotechnology department of India's Science and Technology Ministry to use its laboratories as a base for the Indian clinical trial, the source said.

Ministers oppose amending Rules of Business to give more...

Kasargod coronavirus confirmed by 6 others

COVID CONFIRMED TO A WOMEN DOCTER FROM KASARAGOD GENERAL...

Woman who set herself on fire near Uttar Pradesh Assembly...