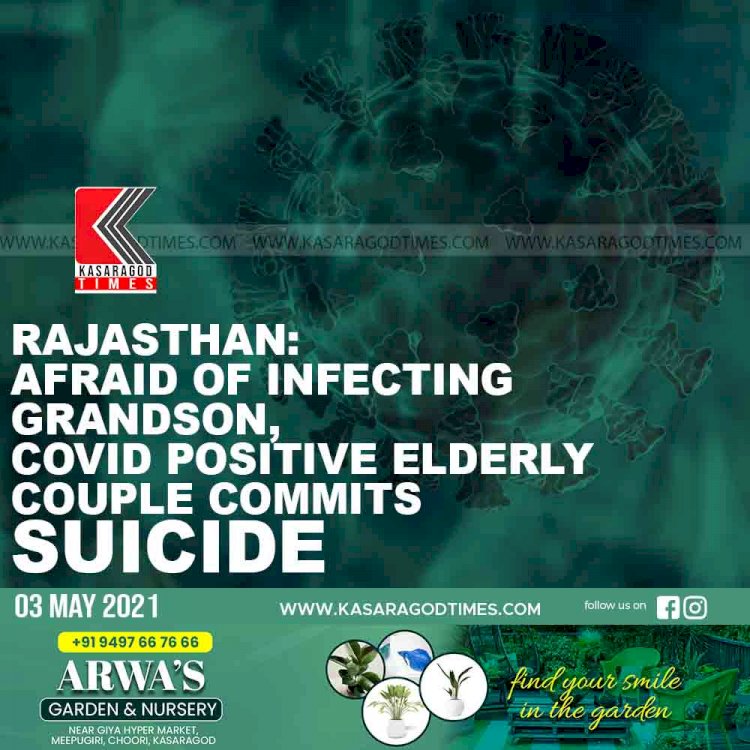 Acoronavirus positive couple in their 70s died here on Sunday allegedly by jumping before a moving train as they feared they might spread the infection to their grandson, police said. Heeralal Bairwa (75) and his wife Shantibai (70) were living with their 18-year-old grandson and daughter-in-law at Purohitji Ki Tapri area in the city. The elderly couple’s son had died eight years ago, police said.

They had tested positive for the coronavirus on April 29 and had since then been in home quarantine, Sub-Inspector at Railway Colony police station Ramesh Chand Sharma said. The couple allegedly jumped before a train on the Delhi Mumbai up line track near Chambal overbridge on Sunday morning.

A case under Section 174 (unnatural death) of the Criminal Procedure Code (CrPC) was registered and the bodies sent for last rites according to the Covid-19 protocol. Initial probe revealed that the couple feared that their only grandson and other family members may catch the coronavirus. The two left their home in the early hours of Sunday and took the extreme step, the SI said

Covid confirmed to 9 more  people in Kerala; Covid for...

U.S. Will Require a Negative Coronavirus Test for All Travelers...

In kasaragod on sunday 118 people got rid of covid;The...

Public transportation will be allowed in the district;...