No place to bury; Authorities at the Housefull Board at the cemetery in Karnataka 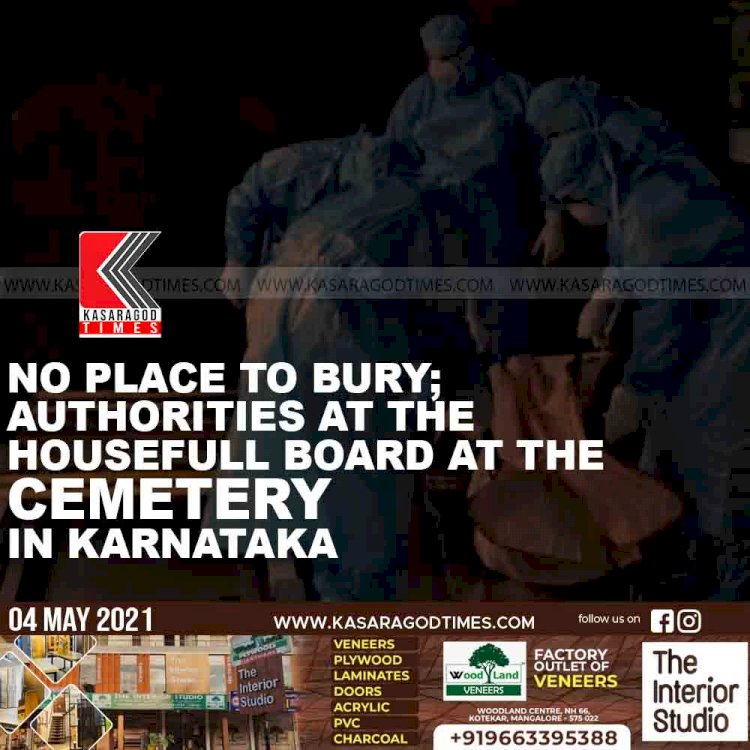 Bangalore: As the death toll in the country has skyrocketed, authorities have set up a house full board at a cemetery in Chamarajapet, Karnataka. Authorities put up a board at the cemetery, where about 20 bodies are being cremated, saying no more bodies would be allowed.

There are a total of 13 electric cemeteries in the city of Bangalore. All cemeteries are functioning in the event of a high death toll. The Karnataka government has allotted 230 acres near Bangalore for use as a cemetery. The government has decided to allot cemeteries on farms and plots owned by the government as there is no place to bury them.

On Sunday, 217 people died of Kovid in Karnataka. Of these, 64 deaths were from Bangalore. Kovid has so far affected 16 lakh people in the state.

In Kasaragod on Friday 52 people were cured of the disease

No Renewal Of Registration Of Vehicles Owned By Central,...

In kasargod on Tuesday 78 people were infected through...