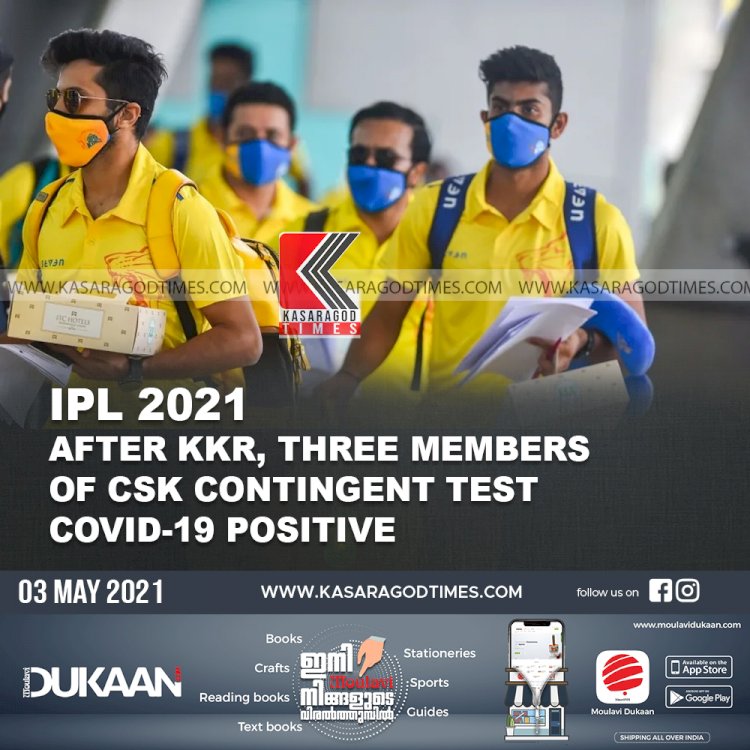 The three members who have been found infected are CSK's chief executive officer Kasi Viswanathan, bowling coach L Balaji and a bus cleaner

All players have underwent a fresh COVID-19 test and their reports were expected to be out by 4 pm, reports claimed. The CSK is expected to issue a statement after the test reports would be released.Viswanathan, Balaji and the third person of the contingent who tested positive would also undergo a fresh test to rule out the possibility of a false positive report. If they are confirmed as positive again, the three members would be required to remain in isolation for at least 10 days outside the team bubble.They would rejoin the contingent only after testing negative twice, following the completion of the isolation period.

Earlier on May 3, two KKR players - Varun Chakaravarthy and Sandeep Warrier - were also confirmed as positive for COVID-19. Following their positive reports, the team's match scheduled today against the Royal Challengers Bangalore (RCB) was cancelled.

Made in India Covaxin to cost Rs 600 per dose for states,...