In kasaragod covid for 1139 people on Monday; 85 people were cured of the disease; 11796 people are undergoing treatment 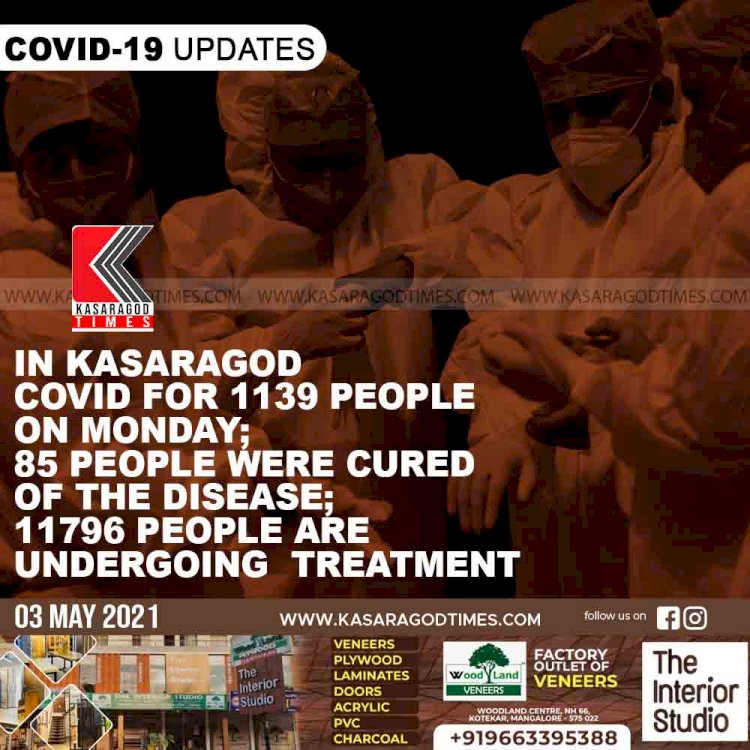 There are 14377 people under observation in the district
The total number of surveillance in the district is 14377 including 13570 in households and 807 in institutions. 765 new observers were added. 3573 new samples were sent for testing, including the Sentinel Survey. The test results of 1450 people are yet to be received. 1020 people completed the observation period.

In Kasargod 42 people were cured of the disease on Monday

in Kasargod on friday 87 people were infected through contact;90...