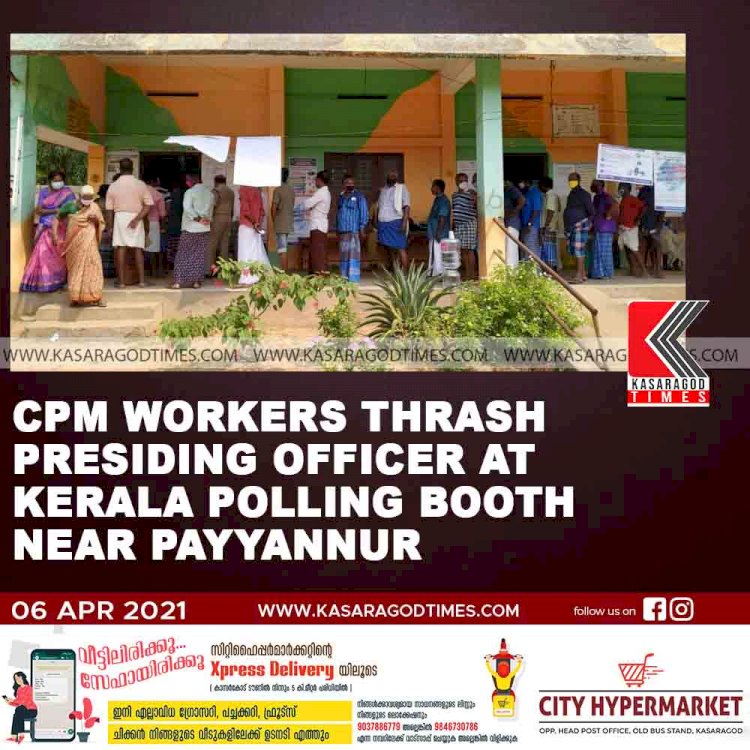 KANNUR: A presiding officer was beaten up allegedly by CPM workers in a booth at Payyannur constituency. The officer has been identified as Muhammad Ashraf Kalathil of Panur, a professor at Paral DIA College, Thalasserry.The incident took place when Ashraf stopped a voter who reached booth number 105 A (Kandankali School) with a ration card. This lead to an argument between Ashraf and the CPM workers present there. Later, irate party workers thrashed Ashraf. In the manual of the Election Commission, ration card has not been included as a document to be used as an identity card,  said Ashraf.Due to the incident, the polling was stopped for around 30 minutes. Ashraf was taken to Payyannur Taluk hospital for treatment and he has lodged a complaint with the EC regarding the incident. The polling resumed after another presiding officer took charge.