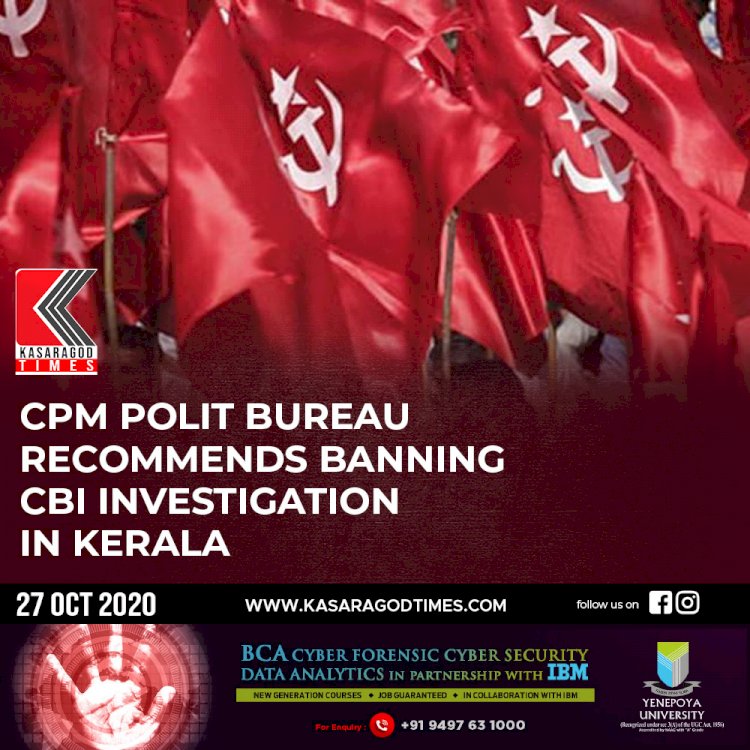 New Delhi: CPM Polit Bureau has stated that CBI should be banned in Kerala. PB alleged that the central government is misusing CBI and recommended that the state should withdrawthe general consent given by the state for CBI investigation. The state government will issue the order after examining the legal side of the matter. CPM Polit Bureau had met online the other day. PB decided to withdraw the general consent given to CBI to directly take over the cases in Kerala. The decision was taken after the analysis that the central government was misusing Investigation agencies.

The party congress had accepted this proposal earlier itself. However, the decision will be announced officially after looking into the legal side of things as well. Ban on CBI investigation was implemented in several states including those ruled by Congress. Initially, this was taken by the Andhra Pradesh government, followed by West Bengal. However, the CPM state faction had declared earlier that it will not take such a step. Currently, Andhra Pradesh, West Bengal, Chattisgarh, Rajasthan and Maharastra are the states that have implemented a ban on CBI investigation.

covid 19: in Kasargod 64 people were infected through contact ; covid for 10 persons...

Increase in the number of covid recoveries ;in Kasargod 213 people were cured of...

The woman was found hanging in her house

Kasaragod resident who died on Tuesday had COVID, Kerala...

UAE travel alert: New rules for visitors to Dubai from...