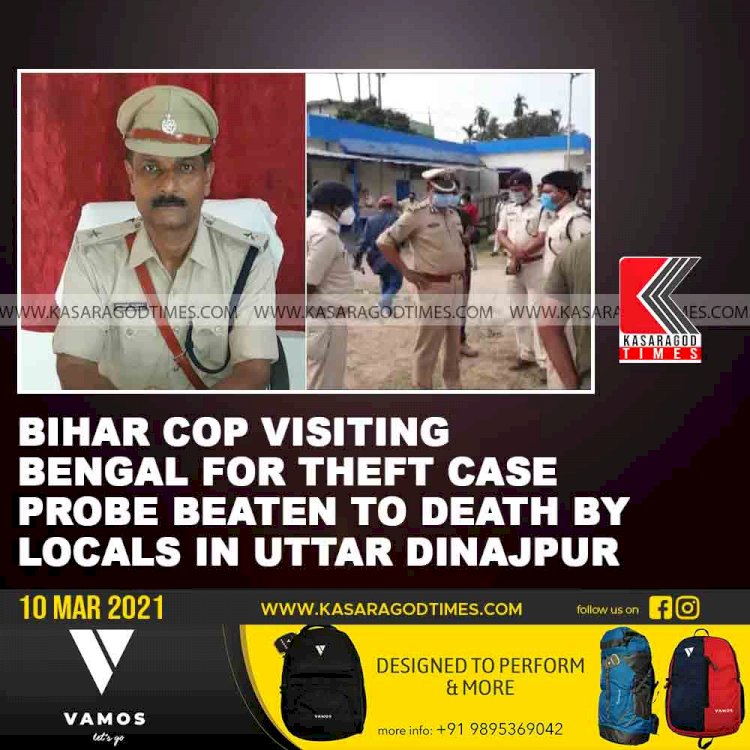 ABihar Police officer was beaten to death by a crowd in Bengal's Uttar Dinajpur. The SHO of Kishanganj Police Station in Bihar, Ashwini Kumar, succumbed to his injuries after being thrashed by the locals of a village under Goalpokhar police station area of Uttar Dinajpur.

IG Purnia Range said, "He had come for a raid in connection with a bike theft. Islampur SP is with us. We'll conduct raids and make arrests".

The Bihar Police officer, Ashwini Kumar, had ventured into the neighbouring area under Panjipara police station, in Bengal, while conducting raids to look for the culprit. He allegedly received no support from the local police in Bengal.

One person has been detained by the police in Panjipara over the killing of the police officer.

A statement by Bihar Police Association has said while Ashwini Kumar had approached the local police seeking help, they had promised to send a team along with him, but failed to do so.

Later when he reached the village in Uttar Dinajpur, the villagers attacked the Bihar Police officer with sticks and stones. His body was later taken to the Islampur hospital in Bengal

No concessions in Kasargod district; Police advised  the...

4 killed, including child, in shooting in Southern California:...

Karnataka Wakf prohibits use of loudspeakers between 10...