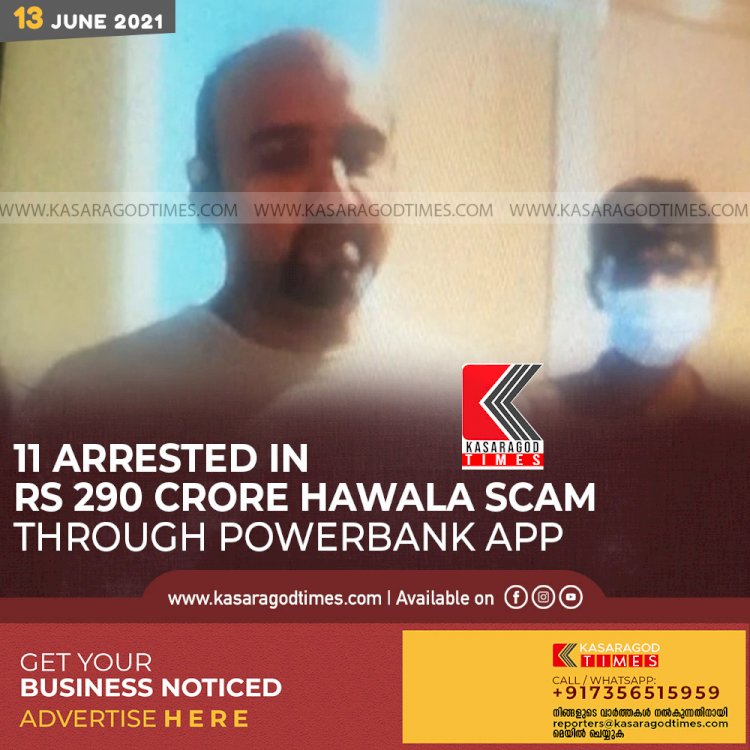 Bengaluru: Eleven persons including four from China and Tibet were arrested by the criminal investigation department's (CID) cyber crime police. The scam involves collection of hundreds of crores of rupees from people through an app called 'Powerbank'. Sources said that it has been found that the accused were conducting transaction through the Hawala route.

The mastermind of the money laundering racket reportedly is a businessman from Kerala. The kingpin, identified as Anas Ahmed, has also been arrested. His wife, Hu Xioline, who is a Chinese citizen, has been served with notice.

Razorpay.com, a Bengaluru-based company, filed a complaint against 13 companies, alleging that they had cheated the company. The police who took up the investigation arrested two Chinese men, two Tibetans, and seven others including five directors of the company who are locals.

Preliminary investigations suggest that the accused so far have convinced people to invest about Rs 2,000 crore out of which they have cheated people to the extent of Rs 290 crore as per the investigation conducted so far. CID sources stated that about 2,400 bank accounts maintained by the accused in different banks have been frozen.

Anas Ahmed has been conducting money laundering and Hawala transactions through Haswala agents based in China. He set up various companies including Bullfinch Technologies, HK & S Ventures, Clifford Ventues and Biosoft Ventures for the purpose of illegal money transfer, it is learnt.

A Kerala-based advocate had supported the activities of the accused. He helped them to start fake companies and to perform money laundering and Hawala activities. The CID is investigating more about him. He also has married a lady from China, the CID policemen stated.

Anas Ahmed initially offered high returns within a short period to investors. Initially he paid the money along with high returns as promised but as more people invested in the company after coming to know about it through word of mouth, the company closed its business, it is said. Initially the fund collection was started through Powerbank app available on Google Store, as per information.

Delhi unlock: Restaurants to reopen with 50 per cent capacity; malls, markets to...